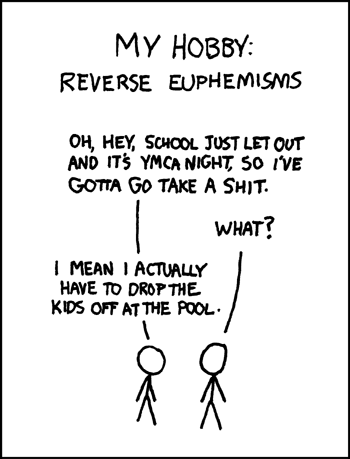 Teach your children to lie 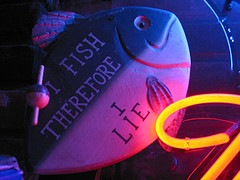 No, no, no – you say. Lie? We should teach them to tell the truth, the whole truth and nothing but the truth, so help them, cross their heart and all that. They have to be honest to a fault, you know, straightforward and trustworthy. That is, just like their parents.

Sounds familiar? Almost every one of you reading these words has heard the sermon about lies and liars and (if you were lucky enough) the eternal rewards set aside for the good honest children. Your parents tried in their own way to teach you that lying is bad for you. And in 99.999% of cases, they failed utterly.

If truthfulness is such a praised and desired quality in today’s society, why aren’t the liars the exception, rather than the rule? If everyone was better off telling all of the truth, all of the time, why aren’t we living in a world where lies and deceit are things that belong to an ancient, unenlightened past? I’ll tell you why. Because that in itself is the biggest lie of all.

Indeed, unless you’ve spent your tender years in a vegetative state – in which case, you have my sympathy – you first leaned how to lie from your own parents. They lied to you, willingly or not, and when you lied to them, they rewarded you, thus reinforcing the behaviour. And when you got caught with a lie, they punished you for it, thus forcing you to learn to lie better next time. And so you lied, and so it went, and if anything, you should be thankful to them for teaching you. After all, your own ability to function in society is solidly based upon your ability to lie.

There are indeed degrees to a lie, and you went through them all. First there was the blatant, stupid lie, when you painted the walls with your mother’s cosmetics and then denied vigorously – while wiping rouge off your hands. Your parents’ feedback made you give that up pretty early in your lying career, and you should be grateful for that.

Then you learned about the difference between telling the truth and being polite, like that time when Aunt Irma brought you that horrid pink sweater for your birthday, and not only you had to thank her, you had to wear the damn thing until she was gone. Or when you had to spend a whole day in your room for telling your daddy’s boss that he’s ugly and he smells – because he did, and it was the truth, and why weren’t you supposed to tell it all of a sudden?

In time you also learned that you can protect your parents from certain aspects of your young life that they strongly disapprove. Like hanging out with friends they don’t like – “Where were you?” “Oh, out playing, ma'” “Not at Johnny’s?” “No, I was with Paulie and Amber with the bikes around the park”. It’s just a little white lie, and they’re now happier for it. Or, if your parents were really strict about lying, you would just “forget” to mention some parts of your day. Lying by omission is not technically a lie – after all, you haven’t said anything untrue. And so it goes.

Of course you’ve seen your parents do it. You’ve seen your mum being all nice and sugary the new neighbour, only to talk trashÂ  her with her girlfriends afterwards. You’ve seen dad handling door-to-door salesmen. You’ve seen them engaged in a million social interactions where they lie and hide and smile about it, because that’s how it’s done.

That’s how we’re able to function as a society. There was a film called “Liar Liar” where a young Jim Carrey was compelled by his son’s birthday wish to tell the truth for one whole day. The results were hilarious – in the movie – but also quite scary, when examined in depth. We tell a hundred lies a day and never even think about them. They are ingrained in our social persona, part of the reason we are able to live among people. Ever tried spending one whole day telling the truth, the whole truth and nothing but the truth? Try it, and tell me how you failed.

And if you want to teach them to always tell the truth to their parents, you have to make yourself worthy of their trust. Teach them that your love for them is unconditional and not affected by what they say or do. That being your children is reason enough for you to help them and support them to the best of your abilities. Everybody makes mistakes in life – I know you did – and the best you can do is learn and move on. And if you love them enough, and care about them enough, you will teach them above all this one important lesson.