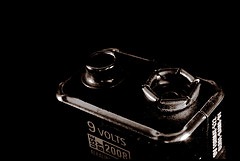 Now, I’ve been giving this a lot of thought. It’s one of the advantages of having a two hour commute, I guess: lots of free time in which you can do nothing but holding on to a wheel and thinking – sometimes out loud. So if you happened to find this page – accidentally or otherwise – please bear with me, ’cause this is important.