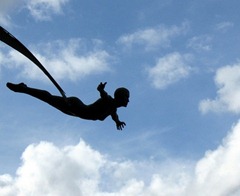 Oh yes, we think we’re flying. Some higher, some lower, some faster, some slower. Look at us go. Look at us, flapping those arms, going through the motions! Look at those fluffy clouds, man! Ground? What ground? We can see no ground from up here, and anyway, for us, the ground is just some theoretical abstraction that those folks of a philosophical persuasion thought up. Why, they say we’re all going to hit it sooner or later, and it’s „goodbye, flying” from there on. 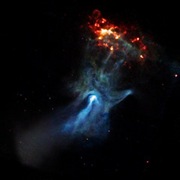 God came to me last night in a dream. I said: “Hey, God, how’s it going?” He laughed. He has a simply divine laughter. And then He spake to me, and he spake thusly:

“It’s going good, Laur, My child. Not great, mind you, but it cannot be helped for the time being.”

At this, He laughed even harder. His laugh is contagious, like watching April lambs cavorting in new grass. Maybe that’s why they go on and on about The Lamb of God.

“That’s a funny question to ask, My child”, He said. “Usually people just tell Me what I can do for them.”

“Oh, you’ve been good to me, Oh God, I have no complaints. Or maybe I do, but I’d like to try and fix them myself first, if You don’t mind. And with a little help, of course”.

“First of all, stop with that «spaketh» nonsense,” He said. “And the capitalization. It’s distracting me, and it is a bit pretentious. I don’t need capitals to remind people of who I am.”

I must admit, he has a point there.

“Of course I do, I am God after all.” She smiled at me. “Now, don’t be flustered. How would you like to work for me? At least for a little while? There’s a prophet position coming up, and I think you might be a really good fit for the role.”

“Oh yes. It’s no big deal, really. Just tell the world what I’m about to tell you. Get some tablets of stone and a chisel and take this down.”

“How about I post it on the Internet, Oh God?”

“That could work too, I guess. Now write this down.”

“Don’t interrupt now, prophet of mine. Where was I? Oh yes. Paragraph. Don’t write that down, will you?”

Hello World! It’s been a while since you last heard from me, and you’ve grown quite a bit in the while. You’re no longer small children who need to be spoon-fed and led by the hand, so I’ll say it to you straight. Pay attention.

I guess this is it, world. Enjoy your life, don’t spoil it. I will be seeing you all later. 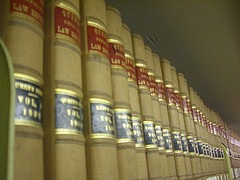