A woman’s hobbies in a modern world 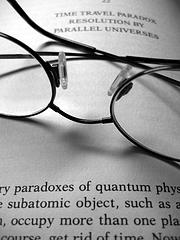 There is too much going on in a modern woman’s life. Education, lovers, job, husband, competing with men, children, another husband, feminism… to name just a few highlights. But no self-respecting modern woman would let any of the above define her in any way, shape or form. After all, individuality is her most prized possession, one worth fighting whitened tooth and polished nail for. And what would define you better than your hobbies?

But not just any hobbies, God forbid. Knitting? That’s a man’s job now. Shows his sensitive side, you know. No way you go fighting since the industrial revolution to get equal treatment just to pick up those needles again. Even book reading is sooo passÃ©, although you’ve only been allowed to do that for a couple of centuries or so (a blip, historically speaking). No, we’re talking real hobbies here, showcasing your personality and suchlike, no sissy stuff allowed. “I’m a woman, hear me ROAAAAR!” kinda stuff. Ahem.

To help you along in your quest, I have compiled here a list of hobbies that no modern woman would be ashamed doing. Or bragging about in front of her less enlightened girlfriends. I feel compelled to add, also, that each and every entry on this list has been carefully researched, and is 100% certified female hobby material.

This modest attempt at categorizing is by no means exhaustive, nor does it pretend to be. I am painfully aware that I merely scratched the surface of the life-defining hobbies of modern women. I will be sure to continue my research in this fascinating subject. After all, men should also have hobbies.